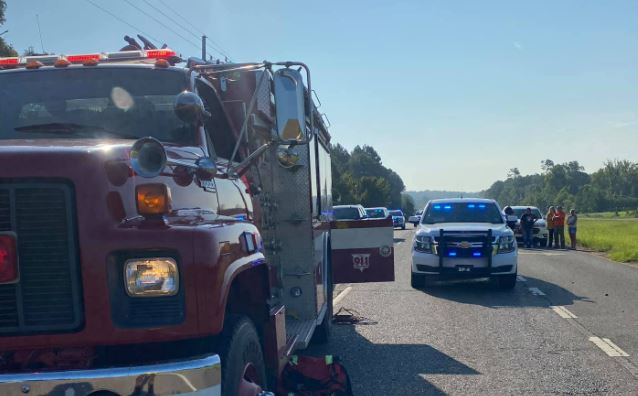 SABINE PARISH, La.– One person has died and another person was airlifted to Ochsner LSU Health in Shreveport with serious injuries following an accident in Sabine Parish.

Clinton Jenkins, 36, suffered fatal injuries in the crash and was pronounced dead at the scene.

A toxicology sample was obtained and submitted for analysis. This crash remains under investigation.

According to troopers from Louisiana State Police Troop E, the investigation revealed a 2021 KIA, driven by Jenkins, was traveling northbound on U.S. Highway 171, just north of the Walmart Supercenter in Many. For reasons still under investigation, Jenkins’ vehicle veered off the highway, struck a culvert, overturned, ejecting Jenkins, who was not wearing a seatbelt.

A passenger in Jinkins’ car, who was wearing a seatbelt, suffered moderate injuries and was airlifted to Ochsner LSU Health in Shreveport.