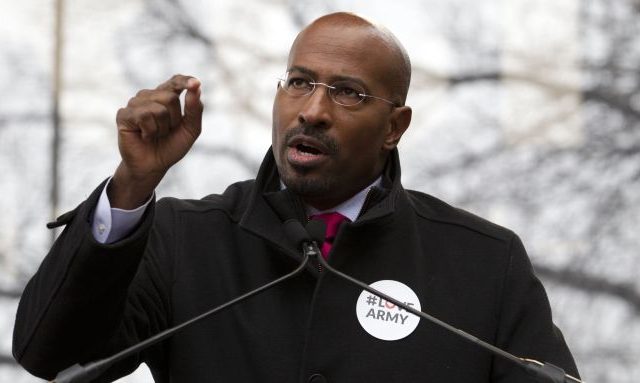 (CNN)CNN political commentator Van Jones said Tuesday that the decision by some states to ease stay-at-home restrictions and open businesses is effectively “a death sentence for communities of color,” which have been disproportionately affected by the novel coronavirus.

His comments follow Republican Georgia Gov. Brian Kemp’s announcement that some businesses in the state would be able to reopen as early as Friday, as other state leaders signaled similar plans.
“I think it’s incredibly reckless. And, you know, signing these orders is signing a death certificate for many, many, many people who do not need to die and who will,” Jones said on CNN’s Daily DC podcast. “I mean, it’s just the bottom line. You’re talking about states where they haven’t even flattened the curve.”
He added: “It’s a death sentence for communities of color that are on the frontlines of this thing already and have the least ability to deal with it.”
Minority communities across the US are bearing the brunt of the outbreak, with people of color shouldering a higher risk of infections against a backdrop of job losses and frontline work.
US Surgeon General Dr. Jerome Adams earlier this month laid out how communities of color are disproportionately impacted, saying that “the chronic burden of medical ills is likely to make people of color less resilient to the ravages of Covid-19 and it is possibly, in fact, likely, that the burden of social ills is also contributing.”
It’s long been known that black Americans and Hispanic Americans are more likely to suffer from chronic health conditions that can detrimentally impact how their bodies handle an additional illness. These minority communities also have less access to health care.
“In summary, people of color experience … likely exposure to Covid-19 and increased complications from it,” Adams said during a White House news conference. “But let me be crystal clear: We do not think people of color are biologically or genetically predisposed to get Covid-19. There is nothing inherently wrong with you.”
Now, as more states plan phased reopenings of their economies following new guidance from President Donald Trump, Jones said that “we need to be rushing masks, rushing tests, rushing respirators and ventilators to communities of color, because that’s where the pain is.”
“This is playing the data card,” he continued. “The data shows that, you know, these are the frontline communities in this fight. From the grocery stores to the hospitals people who live in communities of color need help.”
Source: CNN