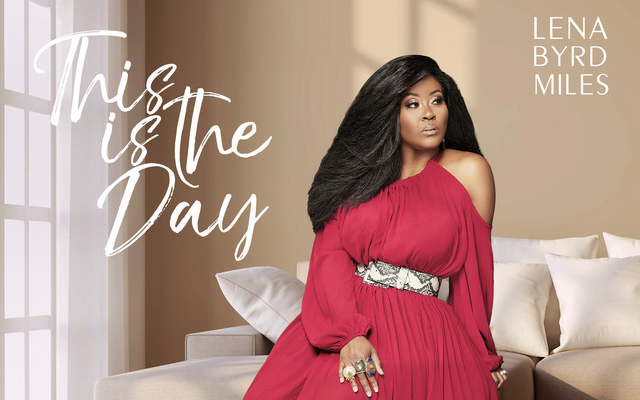 After establishing herself as one of the most sought-after vocalists in Contemporary Gospel, Lena Byrd Miles is ready to deliver her debut album Brand New. The project – set for an October 14, 2022 release – is available for pre-order today. The album is being released via My Block Inc. – the independent Gospel imprint led by Grammy Award-winning producer, Warryn Campbell.

Brand New is a collection of eleven inspirational songs, each of which showcase Lena’s powerhouse vocals and her unique ability to manipulate her voice to evoke the needed emotion – being comfort, motivation or reassurance. Upon pre-ordering the project, fans will receive access to a new, unreleased track from the album, “I’m On Your Side” – a reminder that success is guaranteed to those who firmly put their trust and faith in God.

Ahead of the release of her album, Lena Byrd Miles has already shared three singles, all of which have been well received at Gospel stations and have garnered over 400,000 collective streams on Spotify alone. The campaign towards the release of Brand New began with the first teaser single, “This Is The Day” in 2019. After a brief hiatus due to the Coronavirus pandemic, Lena returned in 2021 with “Watch Me” at the top of the summer, and “W.O.W. (Walk On Water)” a few months later. While introducing Gospel fans to the feeling they could expect from her forthcoming album, Lena Byrd Miles was also being introduced to an even broader audience, thanks to two high-profile televised performances. In April 2021, she led Kanye West’s Sunday Service Choir in a moving rendition of The Clark Sisters’ classic ‘You Brought The Sunshine’ during BET’s broadcast of multi-platinum rapper and actor DMX’s homegoing service. And in March 2022, Lena was tapped to lead the choir performing Shirley Caesar’s “Heaven” as the soundtrack to the In Memoriam tribute at the 2022 Academy Awards.

Since launching her career under the tutelage of Edwin Hawkins as a member of the New Edwin Hawkins Singers, Lena Byrd Myles’ gifts have opened many doors. She has shared the stage with such luminaries as Tye Tribbett, Lalah Hathaway, Deitrick Haddon, Dorinda Clark Cole, John P. Kee, Doobie Powell, the late Thomas “TC” Clay, and many more. Today, she is proud to take the torch handed to her by the legendary Hawkins family and forge a new path not only continuing the journey of the rich heritage of Gospel music, but by also introducing new sound and energy into the space.

“My debut album Brand New is full of “brand new” music from me. This album highlights different styles and I wanted to provide something for everyone to enjoy. Brand New will showcase some traditional, contemporary, and quartet sounds. I decided to be very transparent and share my personal story to connect with others. I never dreamed that I’d be doing an album on the same label as Mary Mary & one that would be produced by Warryn Campbell. This entire process has been a fun, challenging, exciting and mind-blowing journey. I’m so grateful to God that He’s afforded me this opportunity. I am looking forward to all the “brand new” hearts this music will connect to and resonate with, as well as, their brand new testimonies. I absolutely point the glory to God for all the “newness” that is to come with Brand New,” says Miles.