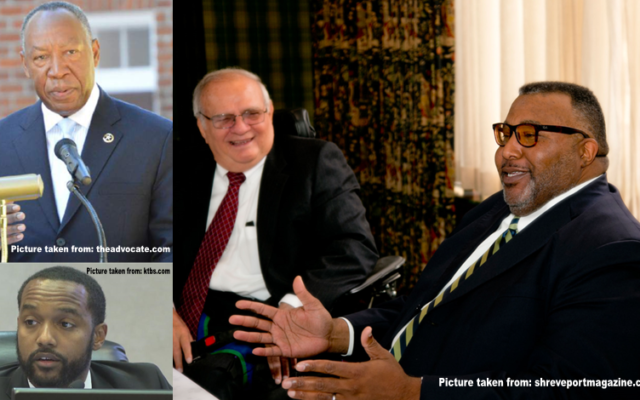 Shreveport, La. (KOKA) – Many citizens have criticized Mayor Perkins as a novice in government during the public comments part of the Shreveport City Council meetings. Much of the criticism comes from decisions Mayor Perkins have made while in office. In a Shreveport Times article from December 2019, the Mayor admitted to a lot of things his administration could do differently after it’s first year in office.

Now things are starting to look different in the Mayor’s administration as Henry Whitehorn was confirmed today as Chief Administrative Officer (CAO) with a 4-3 vote in the Shreveport City Council meeting. Councilmen Grayson Boucher, John Nickleson, and James Flurry all vote against Whitehorn’s appointment in-spite of his strong support from the community.

“Rough seas need steady and experienced hands at the wheel. The city of Shreveport is in the midst of storms as great as any the city has ever endured in its history. I take great comfort in knowing that someone with the gravitas of Henry Whitehorn is now a confirmed presence on the second floor of Government Plaza. Having been in the state legislature during Hurricane Katrina, I saw first hand the excellence with which he led the Louisiana State Police during that overwhelming challenge. It was the display of those traits that helped convince me that Chief Whitehorn was the person best suited for me to select to lead the Shreveport Police Department. Simply put, he and Chief Willie Shaw combined to post the best nine year statistical stretch in the history of the SPD. Veronica and I extend our sincerest prayers to him, Mayor Perkins, their respective families, their leadership team and all of the essential city of Shreveport employees we are each depending on right now.”

“More than anything it’s time for Mayor Perkins to be able to move forward with his team at full capacity,” said LeVette Fuller – District B City Councilwoman “We have many challenges ahead in this pandemic era and strong leadership and collaboration will be what sees us through.”

The public believes better days are coming for the Perkins Administration as Whitehorn is now officially on-board.